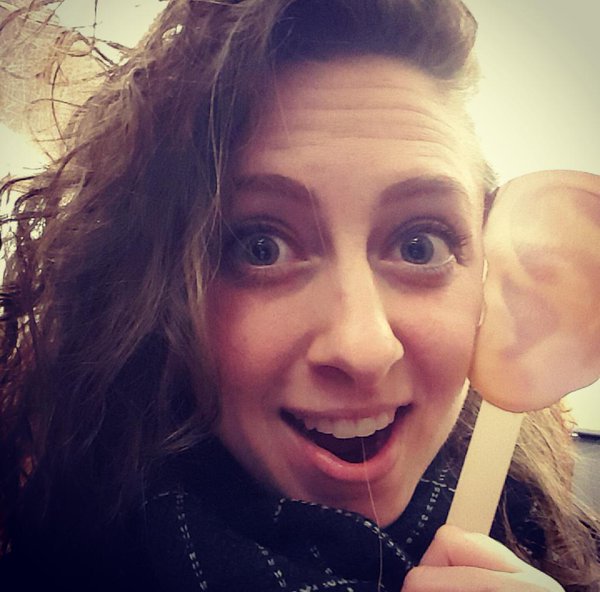 The AFP International Conference is always a huge highlight of the year. And this year, I have to say that I thought it was the BEST ever!

Provocative and challenging ideas, smart presenters, and an appreciative, enthusiastic audience who soaked everything up.

Kumi Naidoo, the former head of Greenpeace, gave an inspirational, rabble-rousing keynote address that I will never forget.  (more on that next week!)

If you have never been to the AFP International Conference, this is a must-do for next year, when the 2017 conference will be in San Francisco.

Here’s my annual round-up of my favorite tweets of the conference. (Follow me at @gailperrync!)

Some are smart, some are funny and some are just ideas I loved and want to share.

I included, for fun, some tweets from my own session, “Teach Board Members How To Open The Door Without Being Pushy.”

Don’t miss the last three tweets if you are a woman in fundraising who hopes to advance in your career!

These ideas will make you a much better fundraiser in 2016-17!

"A 3 minute thank you call will boost first year donor retention by 30%." – @RogerCraver via @StevenShattuck #afpfc

More truth telling from Audrey Kintzi of St. Mary's U.: "Two-thirds of our benefactors leave us because they don't think we care." #afpfc

"Why didn't we get a $6M gift?" "Nobody brought me a $6M idea." At the social media for donor engagement session! #afpfc

It's board purpose not board performance. @sprink7 #afpfc

Boomers could give $6 trillion in upcoming years. Could but don't have to. #afpfc

Hahaha. @GailPerrync just made us do a listening exercise with ears on sticks. #afpfc pic.twitter.com/osRLZd1Lqq

Donor relationships are not about "how attractive your org is" but "how your org satisfies donors needs.@AdrianSargeant #afpfc

Segment your database: who gives 0% of your funding, who gives 10% (transactional), who gives 90% (relationship). Focus accordingly. #afpfc

Questions you need to ask when writing good copy – checklist for asking if it is good @StephenPidge #AFPFC pic.twitter.com/p4gaZwdSVY

Here's the data! Staff training works: for every hour of staff training you should raise $37k. @AmyEisenstein #afpfc pic.twitter.com/7oF8BSj0Oz

Stewardship is the key to your next big gift. And don't focus on the money, focus on the donor. #MohitPramanik #humanityfirst #afpfc

It's crucial that info flows freely both up and down org's hierarchy if u want all contributing to #fundraising; Mark Hopkins @AAUW #afpfc

Donors are most engaged at the moment of the gift, get them to do more, they are more likely to do it then than later @RichDietz #AFPFC

Only 52% of donors felt their top charity took their preferences into consideration @abila_inc #afpfc pic.twitter.com/Mcx8jJSnGF

Fun happening at #booth421. Meet @npstoryconf speakers and learn why you need to be in Chicago this Nov. #afpfc pic.twitter.com/tURfVU2T1A

More truth telling from Audrey Kintzi of St. Mary's U.: "Two-thirds of our benefactors leave us because they don't think we care." #afpfc

If you don't have metrics, you can keep really busy and not accomplish much. @TammyZonker #afpfc

Top three reasons why people give all comes back to them | I'm passionate, the org. depends on ME, I know someone affected #afpfc

Spring time in Boston at #afpfc Not #snowmaggedon2016 just a pretty picture. pic.twitter.com/lXdISdK4eI

"Be kind to yourself. Give yourself enough time to be able to do the job well." –@WolfeAmy #afpfc #smallnonprofits pic.twitter.com/ykRJ5nd7Ce

Solidarity is a key word in our sector. Standing arm in arm raises people's spirits. (And money too.) @darylupsall #afpfc

Anger at #diversity session at AFP conference — fundraisers are 83% women, so why do men make up half of speakers? Applause erupts. #afpfc

There is no glass ceiling. It is just a thick layer of men! #lauraliswood #genderequity #afpfc

Which tweets are your favorites? Leave a comment and let us know.

(My personal favorite is Roger Craver’s list of threats/how organizations lose their way. )

And go ahead and register for next year’s conference right now!

Get in touch
Take Our Donor-Happiness Quiz

Call for Revolution at #AFPFC Last Week
Scroll to top