Is Your Capital Campaign Set Up to Fail? 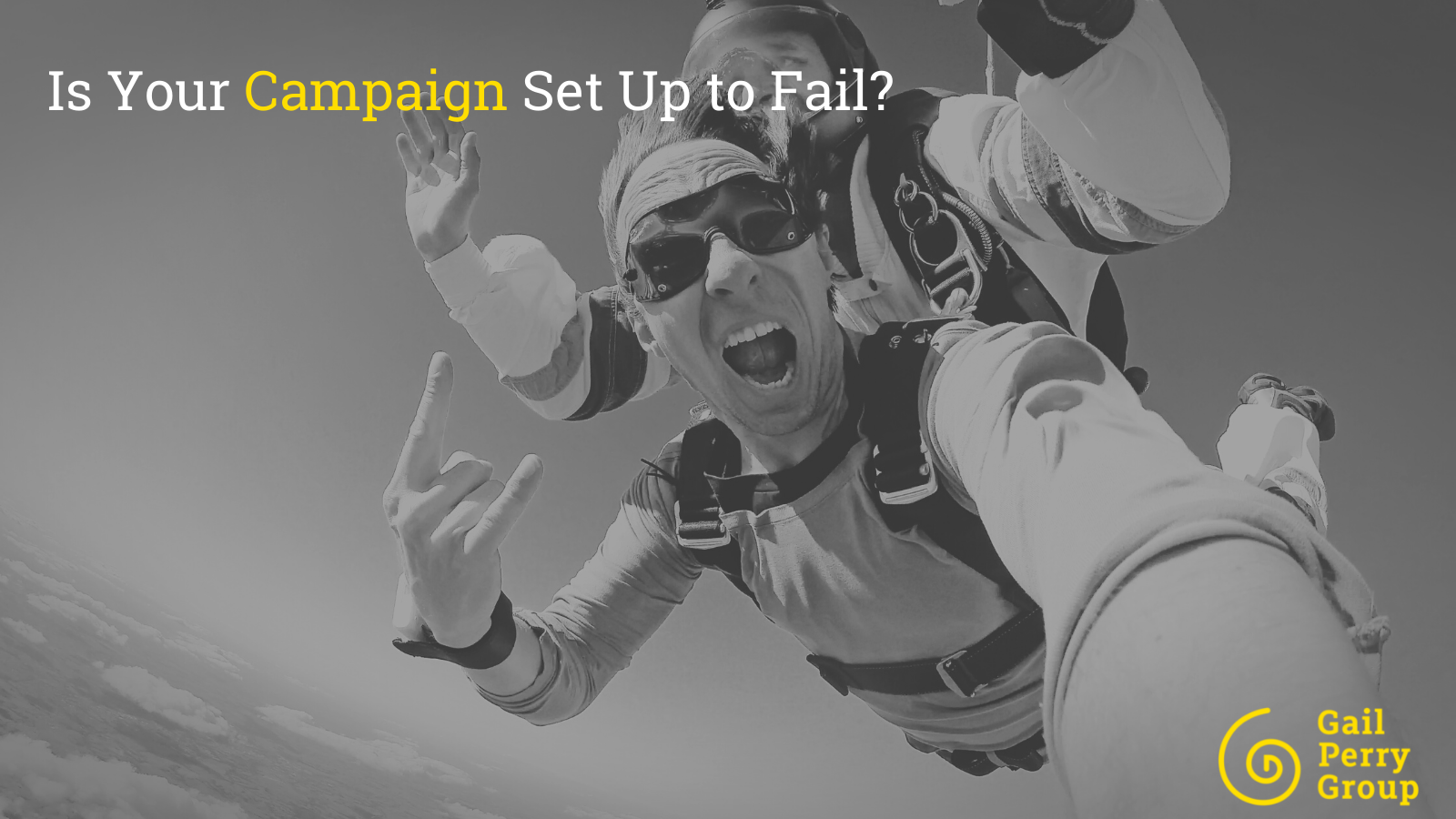 As capital campaign consultants, sometimes we are asked to come in and save a failing campaign.  It’s a tough call, trying to salvage a capital campaign that lost its major opportunities early in the game.

You’ve probably heard of capital campaigns in your community that dragged on and on. The memory of these campaigns is painful for everyone involved. The pace of gifts sputtered.

Momentum was lost. Inspiration and excitement about the future vanished. Donors lost confidence in the organization’s ability to reach the campaign goal. All that was left was exhausted volunteers, a tired board, and a sense of disappointment everywhere.

What happens early on sets the stage for success

When campaigns are not set up properly in the beginning, then you miss the chance to capitalize on the early energy that creates excitement and momentum.

You also miss your opportunity to engage the right volunteer leaders who can influence and inspire your hoped-for lead donors. You know those donors – they’re the ones who can make transformational multi-million-dollar gifts. We all know that these gifts can launch a campaign that catapults to its goal quickly.

Why are we talking about failing campaigns?

Your campaign can even reach its goal early, in the silent, lead-gift stage. We’ve seen it happen. Gifts flow in early, while momentum and energy are high – and everyone is thrilled with your success.

What happens when you reach your capital campaign goal early? You get to raise the goal!

If you still have major prospects who have not yet given, by all means, you should increase your campaign goal.

For a successful campaign, be sure to employ these two tools. One is due diligence, and the second one is a management tool. They will help you jump-start major lead gifts, create momentum and help you reach your goal early in the game.

Due Diligence Market Research with a Feasibility Study.

Most successful campaigns begin with a Feasibility Study. The study will review the readiness and interest of your major donors and supporters. As consultants, we hold private interviews with your top donors to determine their enthusiasm and potential participation.

We are able to answer these due diligence questions:

A thorough feasibility study will give you the data to lay down an appropriate, sound campaign strategy: How should we organize? Who should lead the campaign?  How much can we raise? What should be our timetable?

You certainly don’t want to announce a capital campaign without all of this lined up. That would be like jumping out of a plane without a parachute!

Use a Campaign by the Numbers Approach

You will want to use an approach to planning and executing your capital campaign that is completely based on data.  This is the science of campaign fundraising.

Best practice in campaign fundraising is based on the numbers – do we have and are we focused on the requisite major gifts needed to be successful?

The Campaign by the Numbers approach organizes and evaluates your campaign prospects, and uses that analysis to organize the campaign work and pace. Where do you focus? Who needs to be approached first, and why?

Campaigns are won or lost by focusing on major gifts.  Managing your pipeline of prospective donors will be key to a successful campaign. Campaigns by the Numbers will help you reach your goal by moving forward step by step.

Bottom Line: Set up your campaign to succeed – not fail.

Your capital campaign will flourish if you lay the groundwork early with the right due diligence and management tools. Find consultants who can act as trusted advisors and guide your team to reach your campaign goal and more.

Gifts of Stock: Your Biggest Opportunity for the Year-End Giving Season