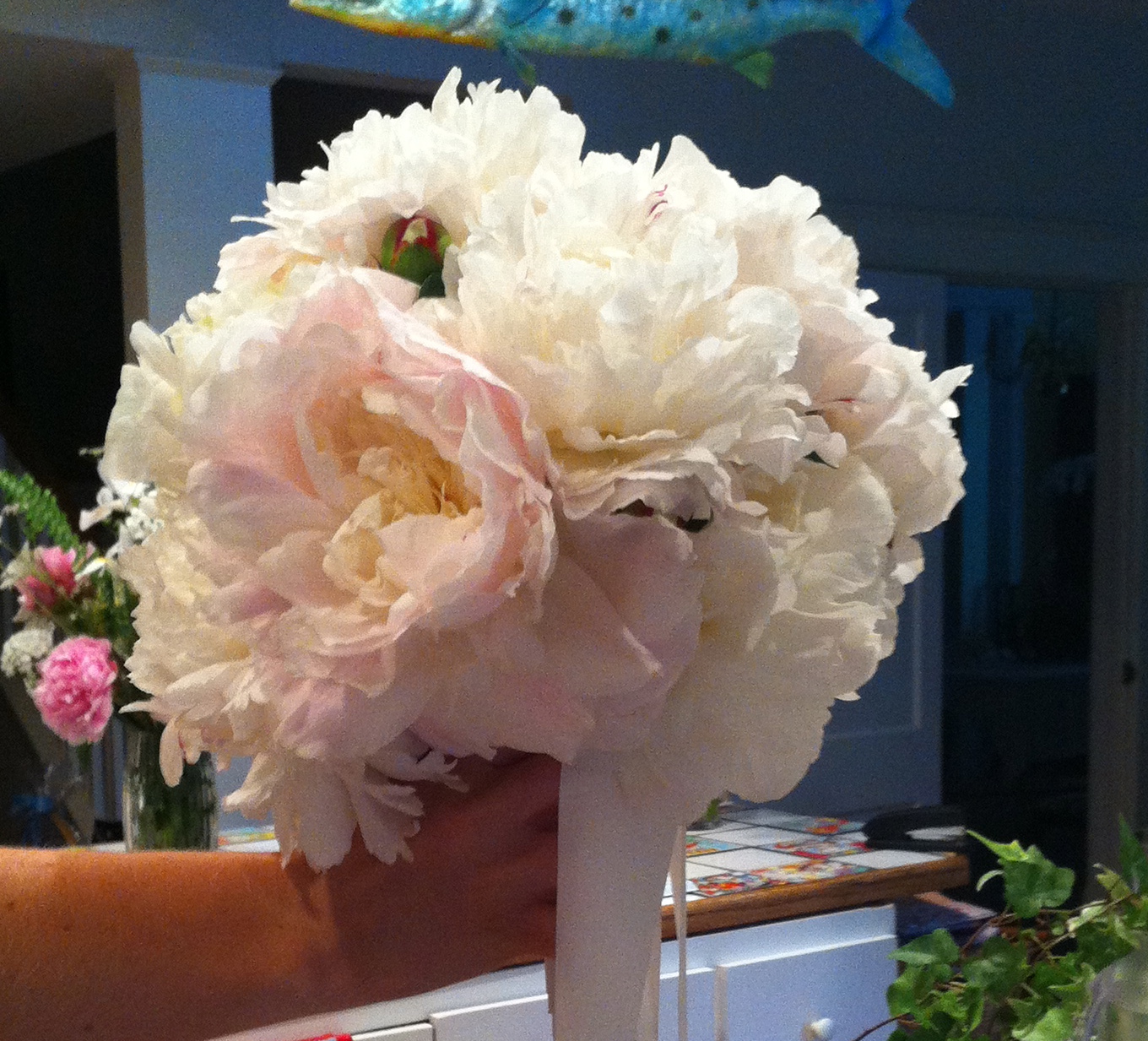 Being mother of the bride has been an experience in “letting go.” And it reminds me of how I have had to “let go” with some major donor prospects.

Because they just wouldn’t, wouldn’t focus on what I wanted them to fund!

Let me tell you the story of my MOB (mother of the bride) experience. :)

OK, I was raised in the old south, where we do things in sorta a grand fashion.

I had this notion of a wedding that was like all the other family weddings I’ve attended over the years.

With all the trimmings.

Our family usually marries its young ones off at the beach – with a reception under a tent with the ocean breeze happily dancing.

That was my notion, anyway. I had this mental image that this was how my daughter Cassie’s wedding would be.

Imagine my surprise when I discovered that the kids wanted a different wedding.

They wanted a chic “urban” wedding. Whaaaat? a food truck to cater the wedding reception? Are you out of your mind?

The groom said he could create a really cool invitation online.

And the bride said they liked the idea of having food trucks serve the reception. (I DID faint on that one, to be sure!)

What was I to do?

My relationship with my daughter was far more important than my notion of what was “appropriate.”

And you know, it was really, really hard.

What happened when I let go?

Well the kids came around!

We ended up with a formal engraved invitation after all – and it was THEIR CHOICE. (whew.)

And everything will be lovely tomorrow – just as the BRIDE wants it – not as her MOM wants it!

Here’s the fundraising lesson: your major donors are going to do what THEY want to do.

I bet you have encountered recalcitrant major donors!

You are under the gun for endowment, but the dang donor wants to put in a garden!

You need to raise money for scholarships, but she wants to overhaul the chapel.

Your Executive Director is hammering you for unrestricted, but your wealthiest donor has OTHER IDEAS.

What’s a fundraiser to do?

If you want to raise money, you have to follow your DONORS’ vision!

You really don’t have much of a choice.

like it or not, major donors have their own notions.

It is up to us to listen, listen to them.

You need a Big Idea that will inspire them.

You need to weave a picture, a vision, of the amazing thing that you will accomplish if they partner with you.

But it IS visioning.

Maybe I could have visioned my daughter into my notion of a proper wedding. But I doubt it.

And you may not be able to vision a major donor into your idea either.

But you MAY be able to too.

Remember, that major donor fundraising is all about the donor and her wishes.

She takes the lead, over and over. Always.

Standford University raised a billion dollars in one year because they had some “big ideas that inspired donors.”

Our job as fundraisers is to guide the donor down a path that aligns our organization’s needs with the donor’s vision. Somewhere there is a grand possibility – that marries the donor’s wishes with your own needs.

It can be done.

The Millionaire Next Door

If you want to find and snag more major donors for your cause, then plan to join me this month.

I am presenting two important classes to help you bring in those badly needed major gifts:

The first is June 10 with a one-hour session with the very smart Rachel Muir who will help us understand how to locate those major donors and pull them into your organization:

“Find and Cultivate the Millionaire Next Door.” Find out more about it here.

The second is on June 26, when I am presenting a 2-3 hour full workshop on “Prospecting and Discovering Major Donors for Your Cause.”

I will have as a guest John Greenhoe, who just published a terrific book called “Mastering the Discovery Call: Opening the Door to Major Gifts.” This will be a true workshop – with frequent breaks for you and your team to actually get some work done.

I don’t have the registration up yet, or the full agenda, but will let you know as soon as I do!

Wish me luck tomorrow when I am Mother of the Bride!

Newsletter Strategies That Will Open Donors’ Hearts and Wallets