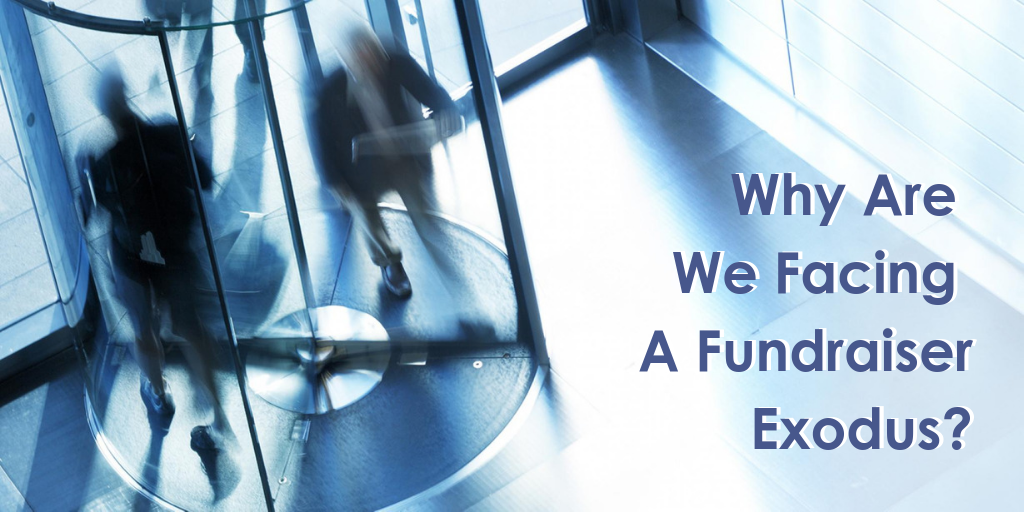 Are fundraisers ready to leave their jobs? Are we really facing a future fundraiser exodus

This week’s big news is a new survey of fundraisers conducted by the Harris Poll for AFP and the Chronicle of Philanthropy.

The survey found that over 51% of all respondents said that they were planning to leave their current job within two years.

This study followed up a startling report from Compasspoint: “Underdeveloped -A National Study of Challenges Facing Nonprofit Fundraising  that found worrisome trends in fundraiser turnover and lack of support for fundraising. (my take here with 22 comments from readers!)

What’s going on in the nonprofit world, that fundraisers are so unhappy?

The Chronicle of Philanthropy article noted “anxiety and unhappiness” among fundraisers.

“Too much pressure to meet unrealistic fundraising goals, coupled with too little pay and frustrating organizational cultures, is driving away fundraisers.”

After decades of capital campaign consulting, training well-meaning but ignorant boards, and advising hardworking development staff, here’s what I see:

Nonprofit leaders – the board and CEO’s – too often just don’t understand how fundraising works. Even more, they don’t get how much time it takes to be successful, or just how hard it is.

Subsequently, they are in a state of complete ignorance. I see it all the time.

And they indulge in magical thinking – that the staff can simply produce money without any help or back up support.

36 percent of fundraisers say they’re dissatisfied with the support they get from their boards. 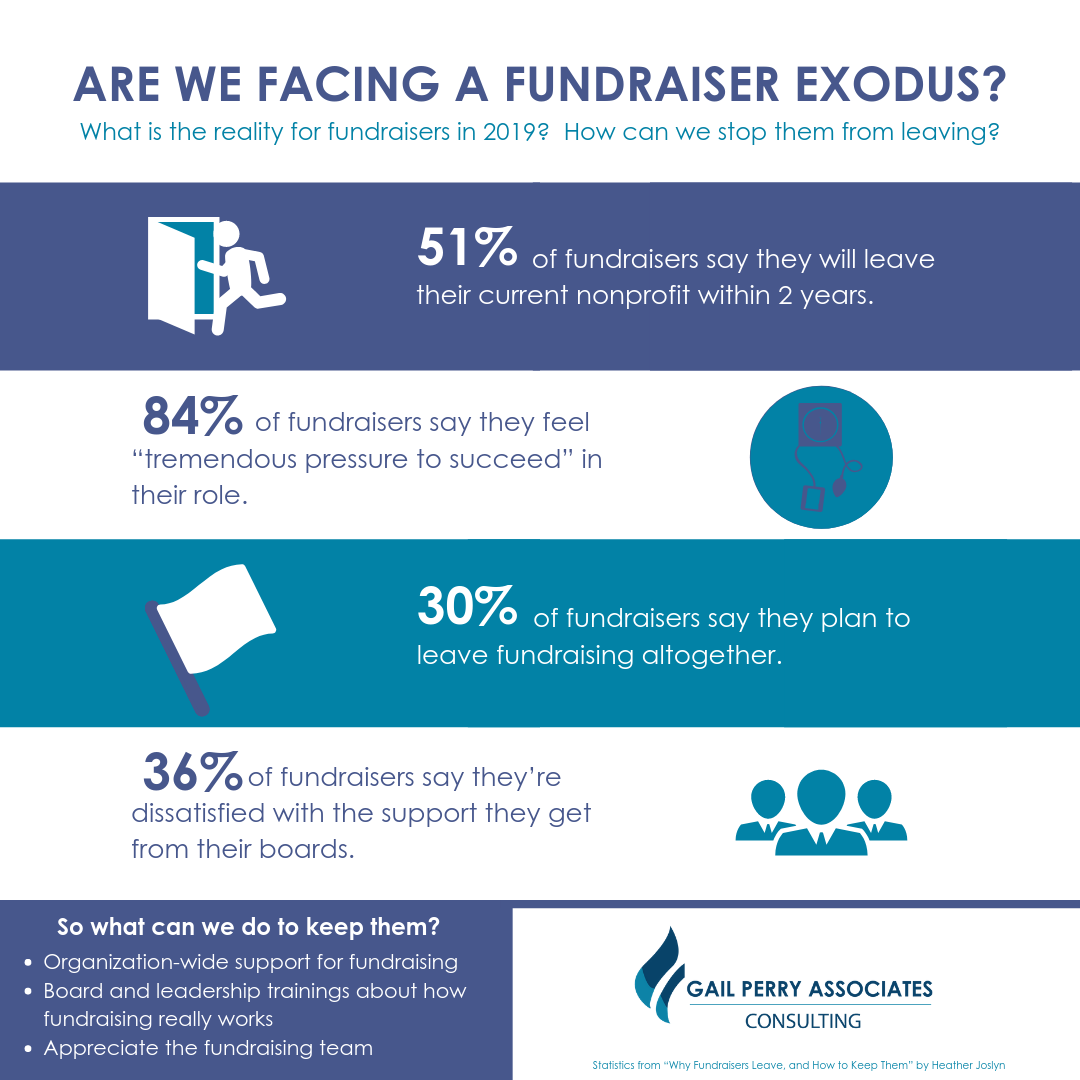 I can’t tell you how many times I’ve seen fundraising goals that are simply plucked out of the air. Or they are the one number that balances the budget.

In some organizations, there is a sense that if a fundraiser is not paying for herself in a few months, then she’s gone.

Above all, I believe in setting fundraising goals based on the numbers myself!

How can something so vitally important to the nonprofit’s financial survival be left to chance?

Lack of trust between CEO’s and fundraisers.

More than once, I’ve had a CEO say to me “I don’t know whether to believe my fundraising staff.”

I was stunned. The CEO would believe their chief program officer, their CFO, but not their development director??

29% are dissatisfied with the support they get from their organization’s CEO.

Pressure cooker jobs can cause a fundraiser exodus.

Fundraisers face huge pressure to raise money to meet their goals. Boards, CFO’s and CEO’s all say – where is the money?

Far too often, fundraisers are pressured to simply go out and ask.

However, we all know that too many asks are more likely to drive your donors away, not encourage them to give.

CEO’s, board members, and other staff colleagues of fundraisers sometimes share a distaste for fundraising. For example, they think fundraising is pushy. It’s distasteful. It’s to be avoided.

“I don’t know how you do this all day,” a program staffer once said.

When everyone in the organization feels like fundraising is dirty work, then everyone shies away from it.

Meanwhile the fundraiser is left isolated, alone, and with no support. Clearly, this is not a good recipe for success – and it will set up a fundraising exodus.

Silo mentality – just go away and raise money and leave us alone.

Because there is an organization-wide attitude leaning against fundraising, that means the fundraising staff is on their own.

When board members, CEO’s and program colleagues turn up their noses at fundraising, then they usually refuse to help or support the effort.

When fundraising is considered the “F” word, you can count on people running the other way!

The Chronicle article found that:

55 percent of fundraisers say they “often feel unappreciated” in their work.

Even when fundraisers do achieve new levels of gifts and revenue, there is not a huge celebration.

We all know that an acknowledged staff is a more productive staff. This is a no-brainer.

Yet, I rarely see recognition and celebration of individual fundraisers’ successes. More often, I see them taken for granted, underpaid, and asked to reach for the impossible.

Bottom Line: The Fundraiser Exodus – caused by burnout and exhaustion.

According to the Chronicle: “Exhaustion is one of the major reasons why fundraisers leave.”Organizations don’t always value their employees.”

How about adding your own comment. I bet you have a lot to say!

Get in touch
The #1 Secret of Raising Lots of Money? Face Time With Major Gift Donors

Seven Fundraising Misconceptions Holding Back Your Organization
Scroll to top