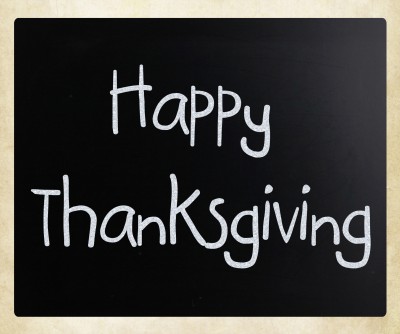 It’s the week of Thanksgiving here in the U.S. and we are counting our blessings.

As you consider what you are thankful for, perhaps you might remember your DONORS – the wonderful people who make the work of your organization possible.

I think most of us fundraisers take our donors for granted. And I think many board members and non-development staff members also feel this way.

When in doubt, love your donors!

I am doing a feasibility study for a capital campaign here in North Carolina, and I ran across a blatant example today.

I was interviewing a donor who had made a major gift to the organization’s previous capital campaign. And somehow the donor never felt adequately thanked.

He was invited to the groundbreaking with the other major donors.

And he saw his name on the donor board in the lobby of the building that he contributed to. And he received an appropriate thank you letter.

But he also saw all the whoopla being made over a bank’s gift to the project. The organization made lots of fuss over some donors and none over other donors, including him.

And he felt sorta neglected.  Can you imagine that a major donor might feel neglected?  In fundraising, we consider this almost a crime.

But I bet it happens more often than not.

What happened in this case?

You guessed it: there was turnover among the development office staff.

The vital link of knowledge and consistency was broken.

And when a key staff member left, the relationship with the donor walked out the door too.

The new staff had other priorities . . .other donors to see and visit.  And this donor was left out in the cold.

Who should you thank?

During this season, please remember your donors– particularly your major donors. Go back to them and thank them for all they have done to make your organization successful.

How about thanking your organization’s founders?

How about all the donors to your last capital campaign?

How about former board members?

Hint: these folks are probably major donor prospects, aren’t they? So it is reasonable to invest some of your time thanking them.

Remember thanking donors is the first step to preparing them for the next solicitation.

When in doubt, love your donors!

The Grim News About Your Fundraising Strategy

Create a Donation Page that Rocks!
Scroll to top