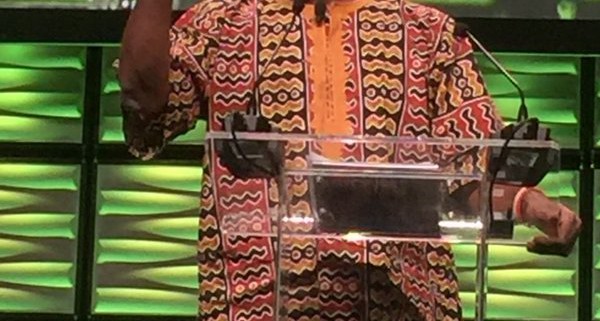 There was a surprising theme rolling around the AFP International Conference last week:

It was a passionate call for greater action and even revolution.

And this inspirational call came from all sorts of sources:

Speaker after speaker asked us to look closely at our work, and challenged us to think bigger, be bolder, push harder, take more risks and create a bigger platform for change.

Most nonprofits today have a strategy of no risk. That isn't a strategy to make a real difference. #rebels #afpfc

So here’s my question to you:

Are you really creating change?

"You're not just a fundraiser. You're a catalyst for change." Until next year #afpeeps…keep doing good and being Kindful! #afpfc

Or is your organization mired down in bureaucracy, a stay-safe, business as usual mindset?

And – what does it really take to be a leader for change? for a better community? for solutions to so many of the world’s problems?

“Funding is good, but being an active partner for positive change is better.”

And here are some ideas from these amazing speakers.

And, as AFP President Andrew Watt said, “let them inspire you to a renewed energy and purpose for our work.”

From Kumi Naidoo, the most inspirational speaker I’ve ever heard – a rabble-rousing call to action:

Your activists are your best donors. #rebels #afpfc

RT @BeverlyEBM: Quote of the day at #afpfc: "What we need is a billion acts of courage right now." –@kuminaidoo ??

Roger Craver, co-founder of my #1 favorite blog The Agitator, repeatedly challenged that a business as usual mindset will not make it.

Here’s an important slide from Roger’s presentation- the key ingredients for a truly successful “movement” that raises plenty of money to fund its important cause:

Roger reminded us that there are plenty of threats to our success: Any org more than 10 years old isn't likely to push change. Might hold status on cause but not forward change. #rebels #afpfc

Sure signs of failure – get along with everyone, best practices, sector jealousy, @AgitatorEditors #AFPFC

And Kay Sprinkel Grace reminded us about all the new philanthropists entering our space – trying to solve problems through business solutions, venture investing and social entrepreneurship.

We can’t ignore them! Because they are challenging our way of doing traditional fundraising business.

We need to have more big ideas, more solutions, more “change the world strategies” – we do not excite donors with the way we message about our ongoing fundraising practices of closing gaps, supporting operations, etc.

.@dheyman Biggest mentality holding back fundraising is thinking we are taking money instead of giving resources to causes in need. #Afpfc

Every #nonprofit is an #advocacy organization. Fundraising is political. #socialchange #afpfc

No movement in the world started with a pension plan or a CEO with a Harvard MBA. #rebels #afpfc

Take a look at these encouraging words, and be encouraged yourself, my friend.

We have much work to do. But we have support from many places.

And if we all pull together – we can accomplish so much!

My “revolution” challenge to you:

Take these ideas in and see which ones “land” for you.

What can propel you forward?

Which ideas can you share with your leaders and your board to encourage your entire organization to think bigger and take greater risks?

I’ll help you any way I can!

Leave us a comment and let us know what you think!

The New Paradigm: From “Fundraising” to “PhilanthropyR...
Scroll to top